This page shows you how to use SSL Diagnostics.

There were either official or unofficial tools from Microsoft called SSL Diagnostics.

IIS 6 used to have a great suite of troubleshooting tools. One of them was for SSL related diagnostics, called SSL Diagnostics (SSL Diag or SSLDiag for short) . As it was designed for IIS 6 and relies on IIS ADSI API (which is obsolete), this tool was not made available for IIS 7 and above.

Of course you can use the IIS 6 version if you enable IIS 6 Compatibility component on IIS 7 and above, but it would be less convenient.

Later, a Microsoft employee Vijayshinva Karnure developed a newer version that relied only on IIS 7+ new API, and released it on IIS.net . It works for all IIS versions (up to 10), but it does not work for IIS Express.

The previous tools were designed without SHA-2 and recent SSL/TLS best practices in mind. Their reports can simply miss recent warnings on obsolete SHA-1 certificates and obsolete protocols like SSL 3.0.

So what if you want a modern tool to troubleshoot SSL/TLS issues on IIS and especially IIS Express? Jexus Manager fills the gaps.

For web servers opened in Jexus Manager, there is an action called SSL Diagnostics showed. 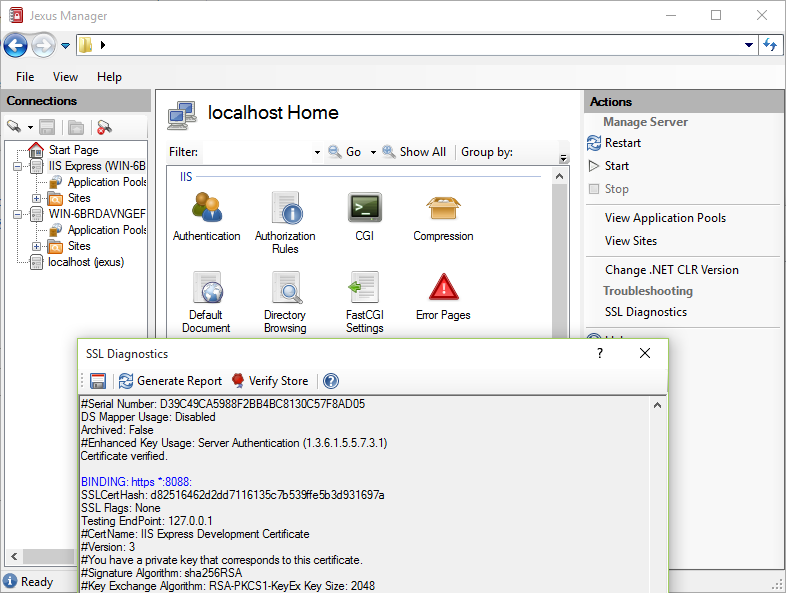 A report is generated when “Generate Report” button is clicked. 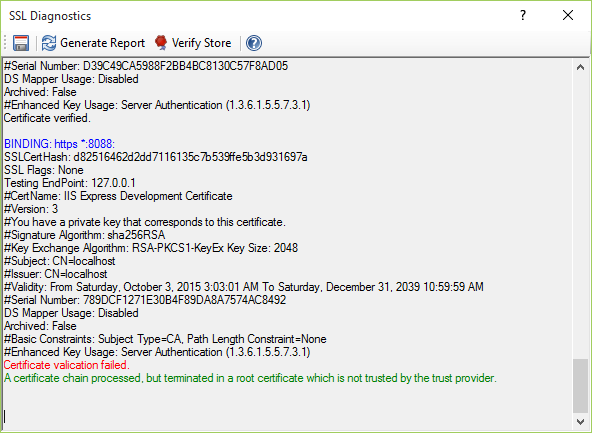